It’s almost a year for Lumia950XLPkg and its derivative projects. A new touch-enabled graphical menu will be added in coming weeks (I’ve posted a picture on Twitter).

There are a few more things to do (mostly bugfix) after the PCIe initialization (Talkman variant will be released later). Here’s a list of current backlog:

This UEFI project will be finalized on March or April, then I will transfer the ownership to LumiaWoA organization.

Lumia950XLPkg makes it possible to run mainline Linux on Lumia 950 XL. So far I’ve brought up main components including touchscreen and Bluetooth. Wi-Fi will be available once I figure out the way to declare firmware-initialized PCIe bus in device tree. 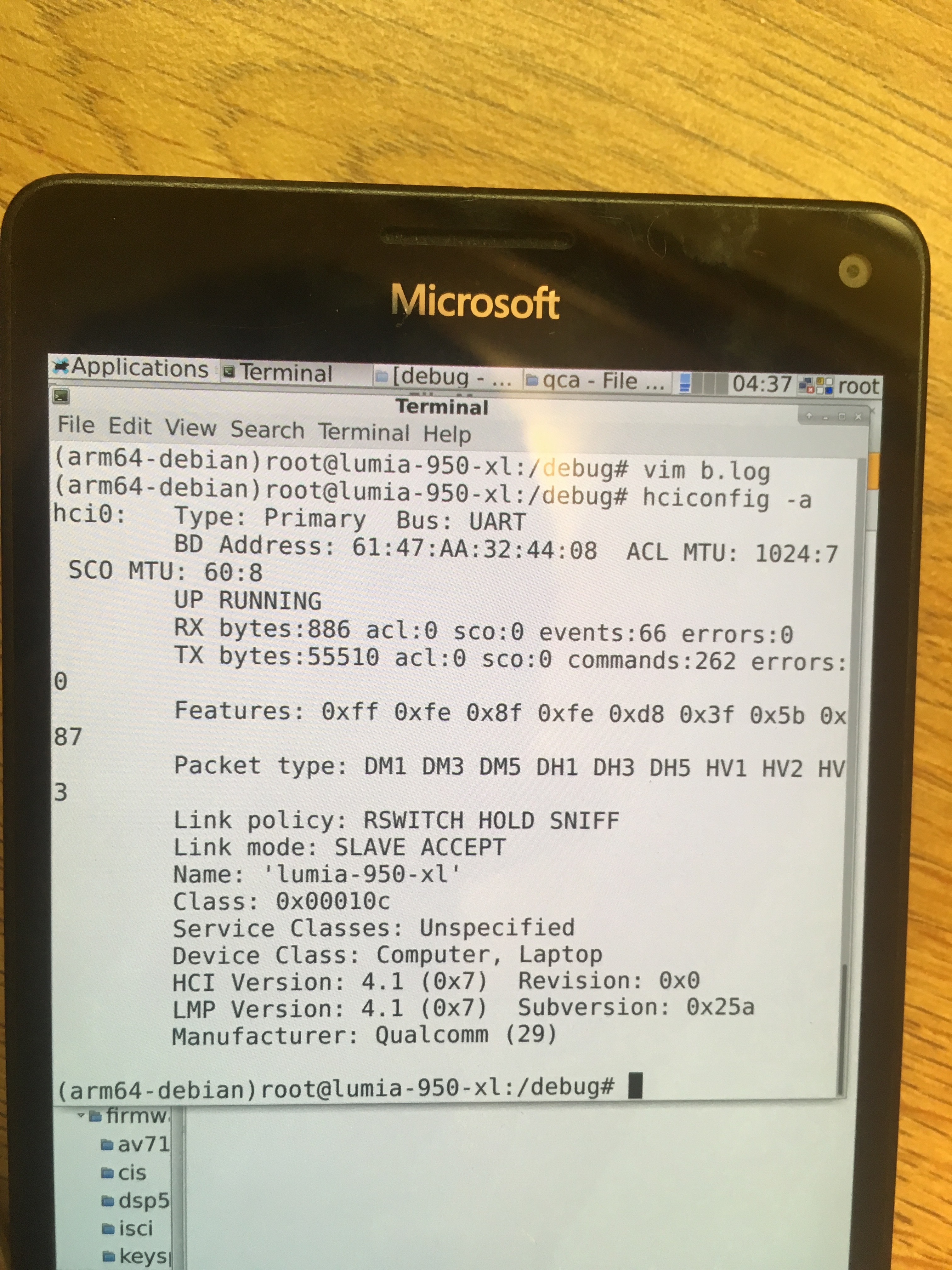 Freedreno is also possible. However, it may takes significant time to figure out proper MIPI DSI commands for display panel enablement.

There are other people working on Android-side project for Lumia 950 XL, but I am unable to disclosure the progress at this moment.

I am excited to announce that I am joining Microsoft / LinkedIn in the coming summer. But the employment may have potential CoI (conflict of Interest) on projects that I am currently working on. I wish I can continue on making the next big thing :P