In Visual Studio 2017 April Update, Microsoft finally migrates new UWP projects to full MSBuild-based project system. But our projects, which creates on early 2015, doesn’t get an auto migration as expected. Hence we decided to migrate them manually for additional benefits like better toolchain stability and advanced customization features. Reminder: Do not attempt to use “dotnet migrate” CLI command, it won’t work for UWP projects.

Okay, you’ve completed the first step. Then open your project.json file. Migrate all NuGet packages references as the picture below. 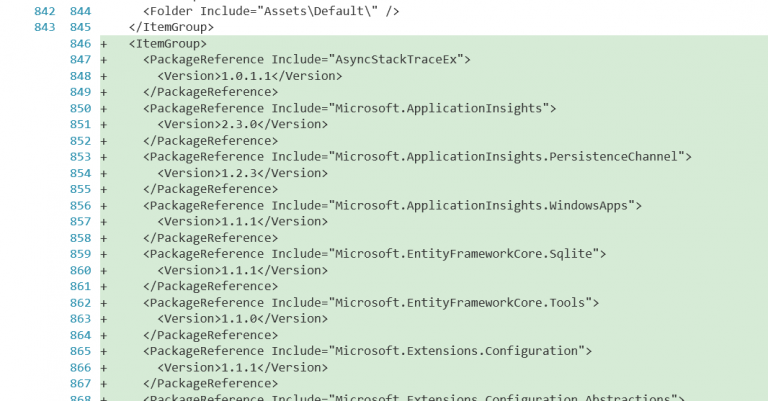 Finally, remove project.json and additional files like project.lock.json, *.nuget.targets, *.nuget.props. (Or your will get lots of warning that may lead .NET Native compilation fail) Do it for every project. Then open Visual Studio, restore NuGet packages for all projects, build to validate and submit changes.